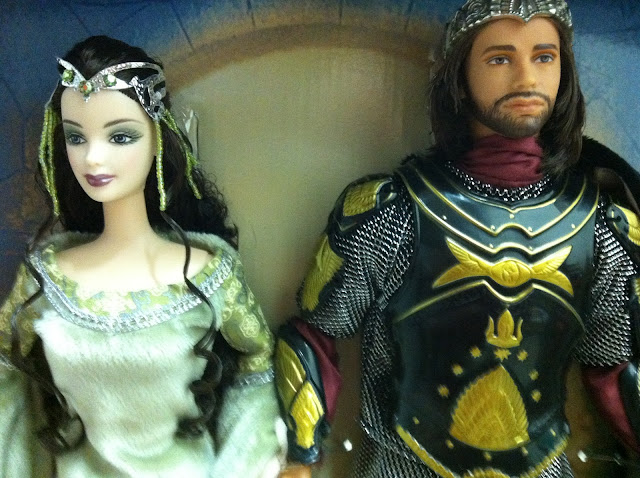 JRR Tolkien’s Lord of the Rings books (and films) have such a huge following, but it’s not a genre that I’m particularly keen on so I’ve only watched the first film of the trilogy. Barbie and Ken as Arwen and Aragorn is a popular set among Barbie collectors as well as fans of the books and film which have seen a prices on the secondary market reach up to US$250. Arwen gave up her immortality to marry mortal Aragorn so this set depicts their wedding. 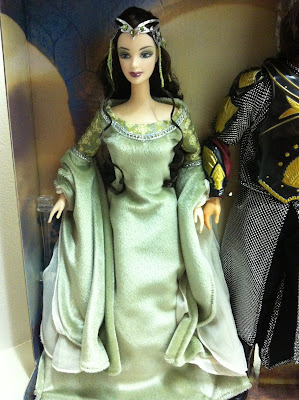 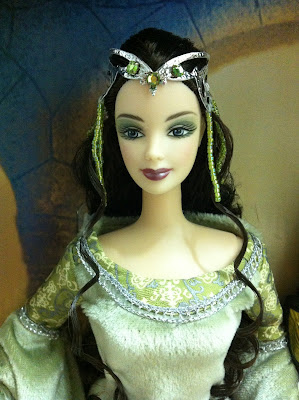 Barbie as Arwen wears a pale green gown with long billowing sleeves which appears to be made of light velvet. The neckline and cuffs are embellished with silver braids, and a white chiffon stole is drapped around her. Like LivTyler who plays Arwen, Barbie has a beautiful face with brown eyes and red lips. She has long, wavy brown hair and wears a narrow crown with strands of green beads adorning the sides. What makes this Barbie unique are her elf ears and I’m pleased Mattel made the effort to include this detail even though they are covered by her hair. 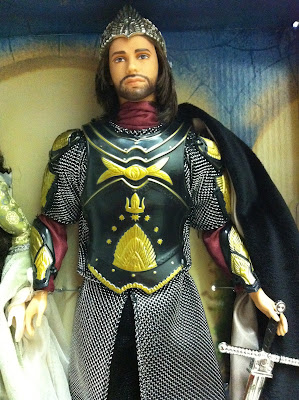 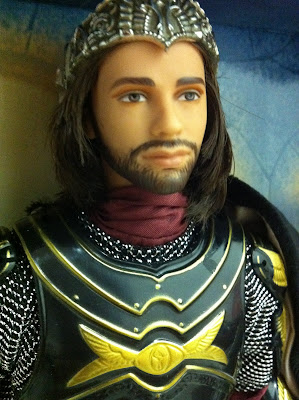 Ken as Aragorn, played by Viggo Mortensen, appears very masculine, and unlike The Waltz Ken who I said looks sleazy with his pencil thin mustache, Aragorn’s goatee looks pretty hot. He wears a silver crown and has shoulder length brown hair. His body armour is well made and looks heavy over his steel mesh tunic. Ken wears a deep red cape (capes now make me laugh ever since Iron Man made a snide remark about Thor wearing his mother’s drapes in The Avengers). Ken carries a sword and wears sturdy looking boots. 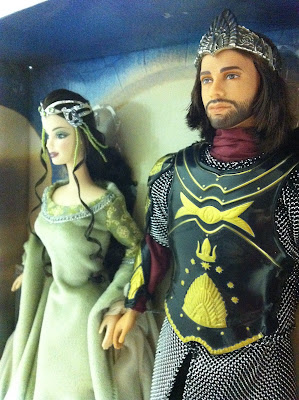 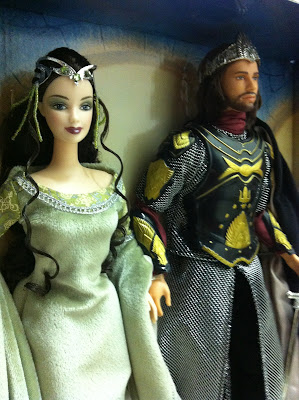 I've always been tempted to sell this set, but on further reflection, the quality and detail of his set is superb and I don't think I can part with them.

Email ThisBlogThis!Share to TwitterShare to FacebookShare to Pinterest
Labels: Hollywood