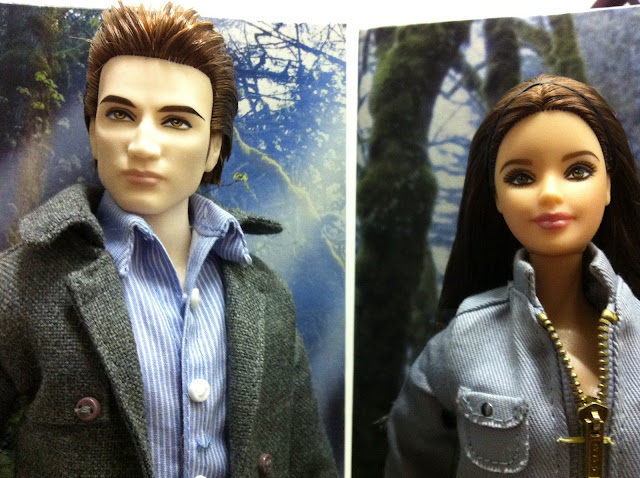 I’m rather embarrassed to admit this, but I’m a HUGE fan of the Twilight series! I bought the first book in 2009 after the release of the movie on DVD thinking that I should read it to find out what the fuss is about. I was instantly addicted to the book, and thought Edward Cullen was just smouldering on the page – literally smould-er-ing! I went to buy the remaining three books the very next day, and read the whole series in a week! Yes, all four books in one week , even though I was working long hours, but I just loved Edward*. 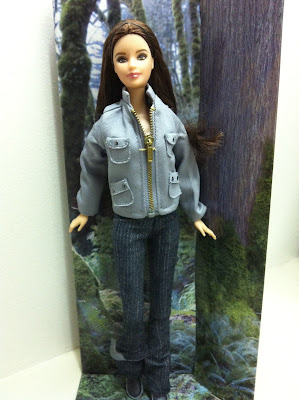 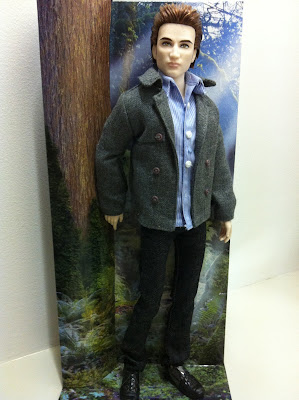 When the Bella Swan and Edward Cullen Barbie and Ken dolls were released, I just had to buy them. The Bella Barbie is pretty with her long brown hair swept back with a black hair band, brown eyes and pink close lip smile. She wears a denim jacket (ahem, with nothing underneath!) and jeans with sneakers – and looks like a typical teenager. I think the brass zip looks big and clumsy and out of proportion with the doll, the pockets on the jacket are poorly sewn and Mattel should have at least have dressed her in a t-shirt under her jacket. 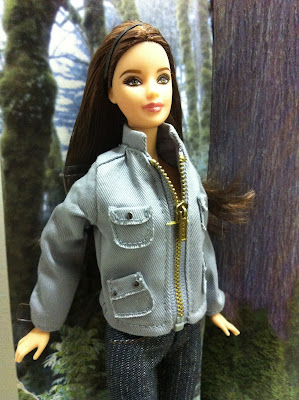 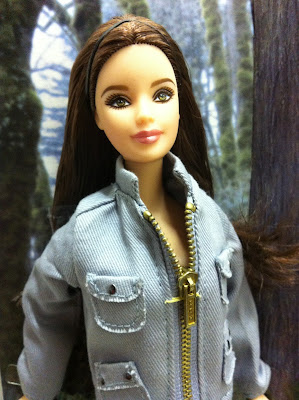 The Edward doll is a huge disappointment because he looks nothing like Robert Pattinson – who is incredibly handsome in the first movie. His auburn hair is just a mess and looks nothing like it did in the film, and his facial sculpture is poorly chiseled and just looks odd. The doll’s complexion is pale with glitter, and I know you are wondering whether he glitters all over, the answer is no. The glitter is only on his face and torso, and his limbs are pasty white. Before you ask, the answer is "no", I did not undress Edward (I'm too much of a lady), I just peaked up his sleeves and pant cuffs! Edward wears a blue shirt under a thick wool coat teamed with black pants and black leather shoes.

It is a Pink Collection and the quality of the dolls and clothes is disappointing. Did anyone from Mattel read or watch the movie? 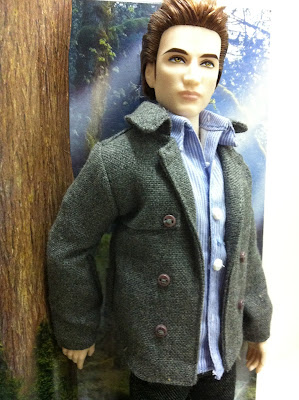 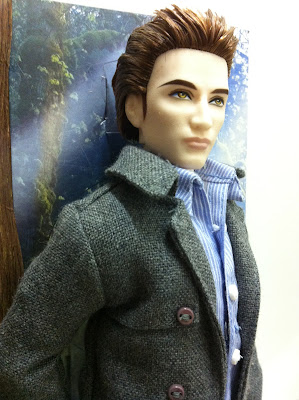 * The sensible side of me knows that the story is wrong on so many levels, but Edward was such gentleman. I know, I’m full of contradictions...

Email ThisBlogThis!Share to TwitterShare to FacebookShare to Pinterest
Labels: Hollywood